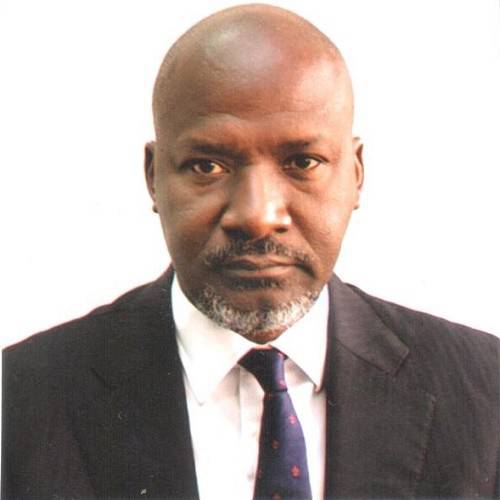 A Senior Advocate of Nigeria, Dele Belgore, yesterday told a Federal High in Lagos that he thought the N450 million given to him in 2015 was sent from the Peoples Democratic Party 2015 Presidential Campaign Headquarters in Abuja and not part of $115 million doled out by former Minister of Petroleum Resources, Diezani Alison-Madueke.

Belgore said this while being led in evidence by his counsel, Ebun Shofunde (SAN), at his resumed trial over N450 million money laundering charge preferred against him by the Economic and Financial Crimes Commission.

He said: “As campaign co-ordinator in Kwara for the 2015 election, we were informed that monies would be sent from the Presidential Campaign Headquarters in Abuja to the PDP in Kwara.

“My lord, I have no information that the money was paid on the instructions of Allison-Madueke.

“I have never dealt or spoken with anybody claiming to be acting on her behalf.

“As I have said before, as co-ordinator and stakeholder in Kwara State, we had asked the presidential campaign headquarters for funds for the election and we were told that there were no funds available.

“We were however informed that there will be series of fund raising activities, where funds will be raised.

“I also know that within a very short time, the headquarters called me and said that the funds were available.

“So, all along, there was absolutely no case, no evidence, no indication and nobody saying that the money came from any other place other than the presidential campaign headquarters.

“So, it was surprising when I received the proof of evidence in February 2017 and when Pw2 told the court in his evidence of a different source of the money.”

But Prosecution witnesses I and 2 (PW1 and Pw 2) had in their testimonies alleged that the money from which the N450 million was brought, came from some oil marketers.

In response, Belgore said: “Well, my lord, I do not know any of the said oil marketers that PW1 and 2 claimed provided the money.

“I have never met them.

“Ihave never dealt with them or dealt with anybody who claimed to be acting on their behalf.

“I first heard of them in February 2017 when I was served with the proof of evidence.”

On the allegation that the monies were paid into the Fidelity Bank account of these oil marketers, Belgore replied: “I have no information as regards that fact.

Asked of his reaction to PW 1 and PW2 claim that the money was paid out on the instructions of Allison-Madueke, the defendant said as a matter fact, it was during investigations in November 2016 that he first heard from Pw2 that the said funds did not come from the presidential campaign headquarters, as he was made to believe.

He said: “Until this time, no one, other than Pw2 and maybe Pw1, has told me that the N450 million did not come from the fund raising activity conducted by the presidential campaign organisation.”

Earlier, the defence had exhibited before the court two CCTV footages of Fidelity Bank, which were displayed for about two and half hours in court.

But Belgore told the court that he was not in the footage.

Justice Aikawa adjourned the case until March 27 and April 10 for continuation of trial.

NAN reports that the anti-graft Agency is prosecuting Belgore alongside a former Minister of National Planning, Abubakar Sulaiman, over alleged money laundering to the tune of N450 million.

The commission alleged that the money was part of a sum of $115 million, which Alison-Madueke doled out to influence the 2015 general elections.

In May 2019, We Met Pretender LG Chairmen And We Asked Them To Leave – Makinde

ABUJA- The 6pm – 6am curfew imposed in Bwari Town in Abuja as a result of the Christmas day crisis in the town has...
Read more
Featured

One of Ethiopian Airlines Flight ET302’s pilots told the other “pitch up, pitch-up” moments before the Boeing 737 Max jetliner crashed three weeks ago,...
Read more